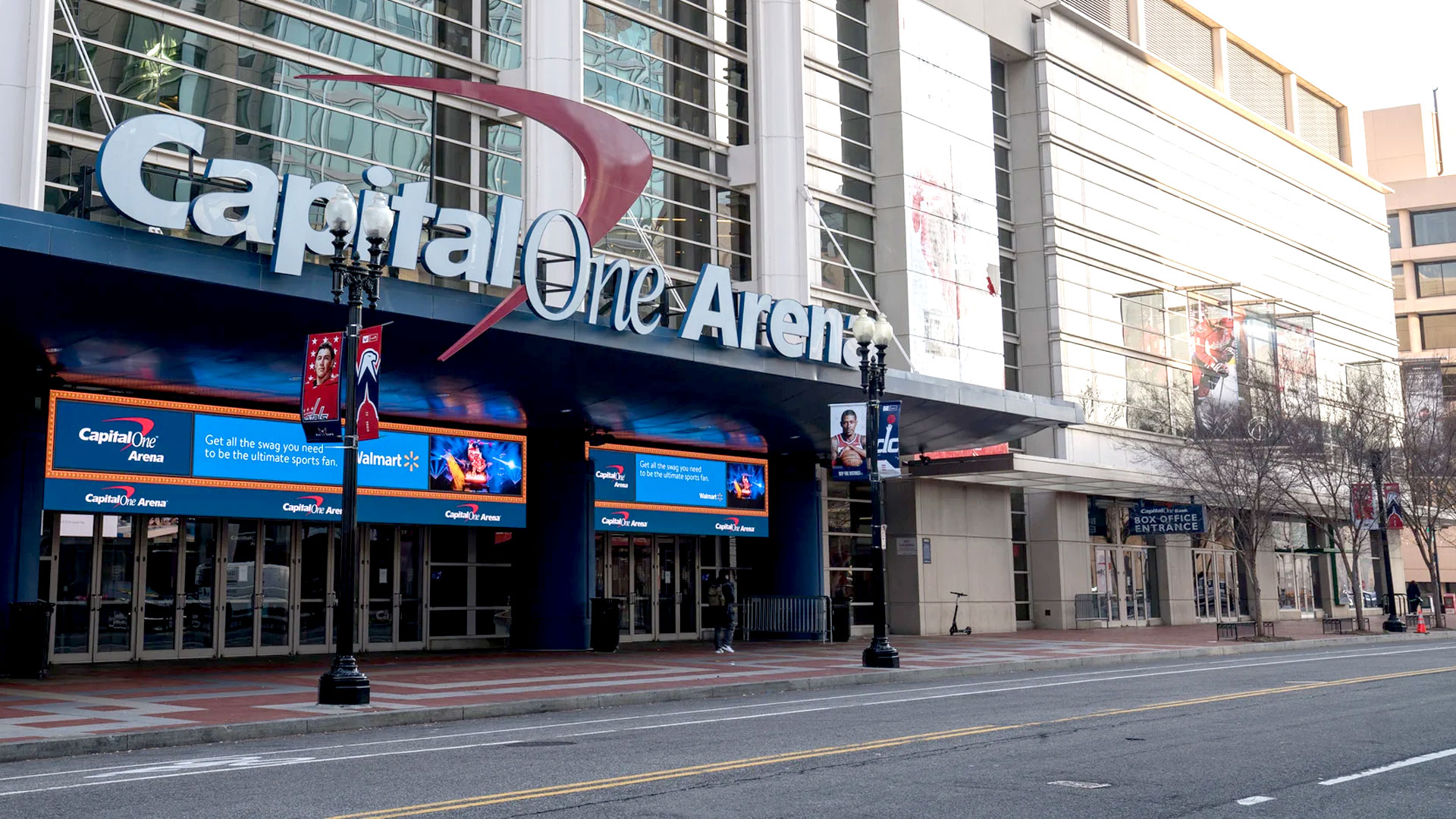 Capital One Arena is a multi-purpose sports and entertainment venue in downtown Washington, D.C. The arena is home to many professional sports teams, which include the NHL’s Washington Capitals, NBA’s Washington Wizards, WNBA’s Washington Mystics & AFL’s Washington Valor. Working with Monumental Sports, L&H Companies manufactured the exterior signage, including a set of large channel letters at the main entrance with a 16 ft. red swoosh. The two 70 ft. vertical truss structures were refaced with an aluminum background including a face-lit logo and mandarin letters. L&H also did the exterior wayfinding signage for the arena including illuminated flag mount signs, illuminated sign cabinets, blade signs, and more.

Thank you for your interest in L&H Companies. Whether you have a project in mind or just need to reach us, we’d like to hear from you! Please fill out the form to get started.