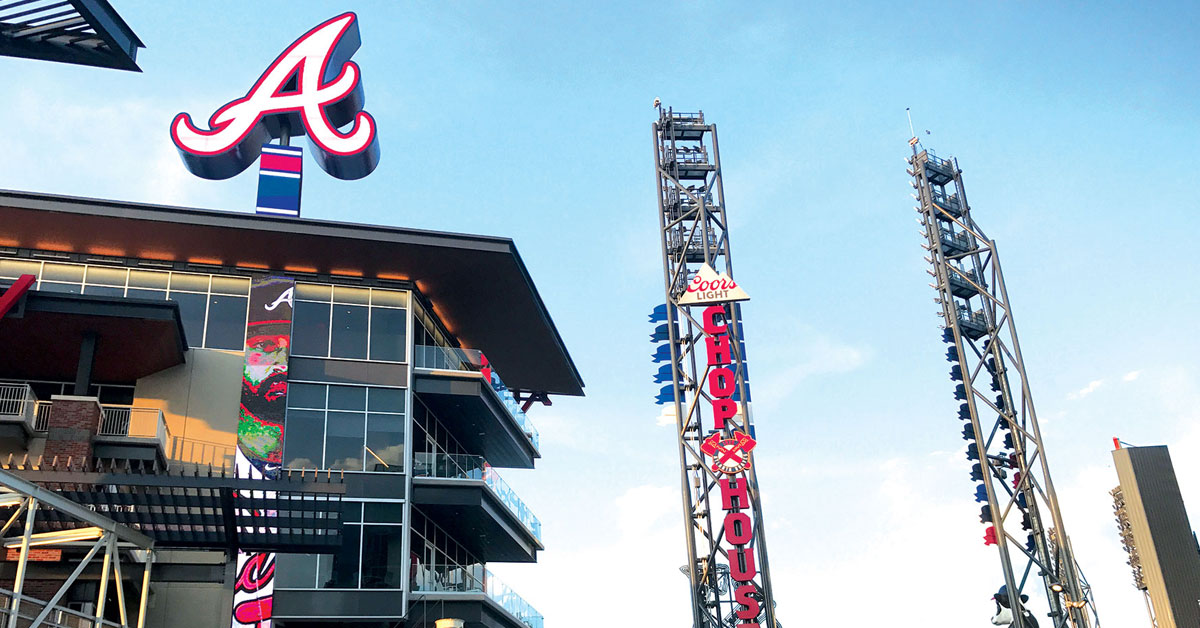 SunTrust Park is a baseball park in the southeastern United States, located in Cobb County, Georgia, 10 miles northwest of downtown Atlanta. It is the home ballpark for the Atlanta Braves, the city’s Major League Baseball (MLB) franchise. Working closely with Populous, L&H Companies manufactured the signage for both the inside and outside of the new stadium, including a customized 25 foot rotating signature “A” structure with over 70,000 LED’s. The primary SunTrust Park sign consisted of large channel letters with flex face specially customized. The three position animated tomahawk, championship pennants, and large tomahawk signature sign continue the “chop on” tradition.

Thank you for your interest in L&H Companies. Whether you have a project in mind or just need to reach us, we’d like to hear from you! Please fill out the form to get started.